With Mario Draghi's time as ECB President approaching an end, it is time to reflect on his tenure. Communication is always key for central bankers, but for Draghi, his speeches will likely be considered his defining moments. Comparing his introductory statements to those of his predecessors, a few things stand out

Less is more
Compared to Jean-Claude Trichet, the press conference opening statement has become shorter under Draghi. Draghi may have taken note from Shakespeare’s Henry V: “men of few words are the best men”. The length of the statement has returned to that of the first ECB President, Wim Duisenberg.

Draghi's introductory statements were a lot shorter than those of Trichet 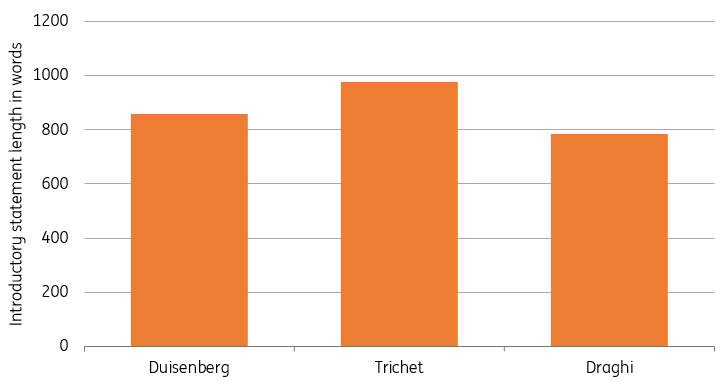 Key themes
While it is often argued that Draghi interpreted his mandate liberally, especially in northern countries, he has actually been rather narrowly focused on monetary topics in his communication. According to our topical communication indices, Draghi has focused more on the inflation target in his communication than his predecessors, with more mentions of monetary themes than Trichet and Duisenberg in their opening statements. Those terms dominate the introductory speeches of all three presidents though, with more frequent mentions than other themes like economic growth or financial stability.

Draghi has spoken more about monetary issues than his predecessors 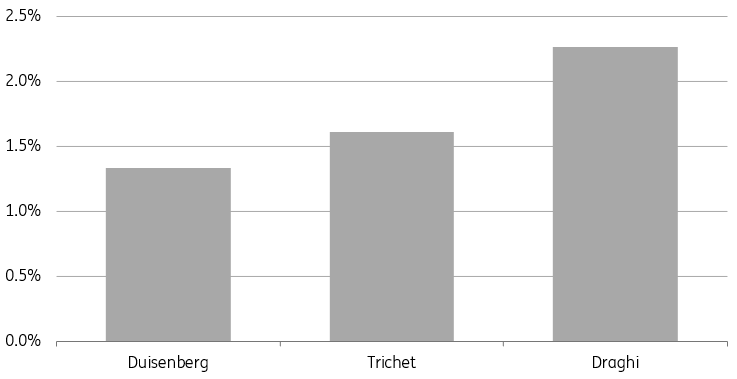 Quality over quantity
Even though trade wars are top of mind at the end of Draghi’s term, external competitiveness is not necessarily top of mind for the ECB at the moment. Draghi has discussed the euro much less in his term, particularly compared to Duisenberg, and even though the single currency has been tested like never before under Draghi, the euro has not come to the forefront in his speeches much at all. Compared to Duisenberg's term, when external competitiveness of the eurozone was a hot topic, Draghi has barely mentioned the euro. Then again, it’s perhaps not about quantity but the quality of his remarks on the single currency. His historic speech in 2012 that the ECB would do 'whatever it takes to preserve the euro' will be a hard one to top…

The focus on exchange rates has become smaller over time 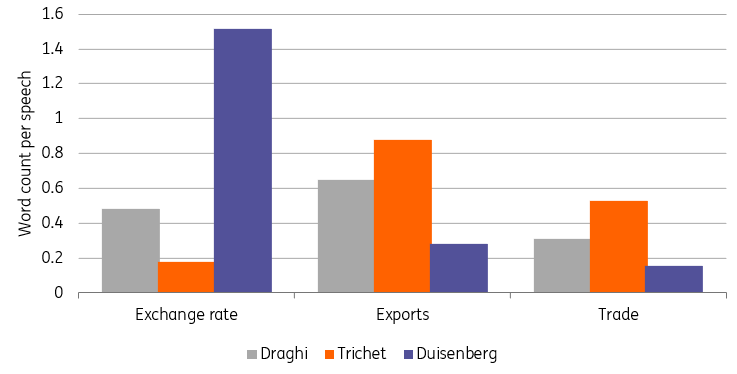