Although a 5SM-League government will be announced later today, we take a step back and outline four potential scenarios from the benign to severe and their implications for markets 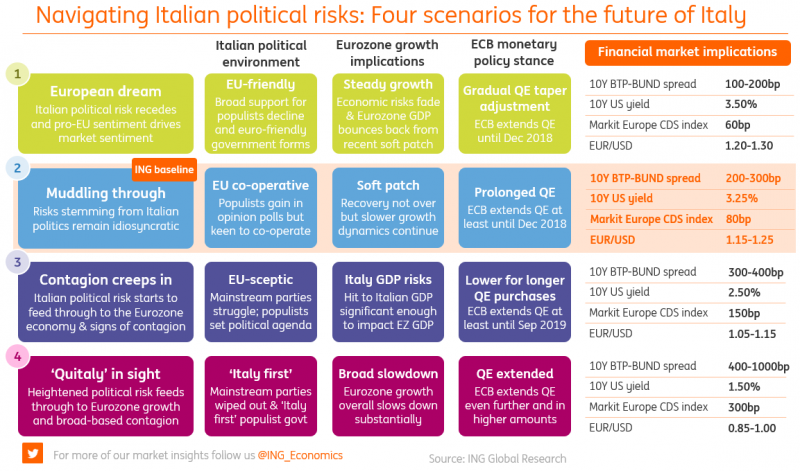 Italy's populist Five Star Movement and the far-right League have sent jitters across markets with their proposals to form a government on an openly euro-sceptic agenda. The President’s veto of a proposed Euro-sceptic finance minister at one point threatened a constitutional crisis.

Concerns over mini-BOTs
Concerns that populists might consider the idea of issuing mini-BOTs, a short-term debt instrument often described as a disguised parallel currency, have especially fanned investor fears over Italy, where support for the EU is relatively low.

Brussels' stance matters
The degree to which financial market discipline curtails populist policies – and Brussel's stance to draw the string from populist support – will be key in determining Italy’s political path.